Words of Wisdom from Clarence

"Find out what it is you do that people like, and do more of that."  Clarence "Gatemouth" Brown 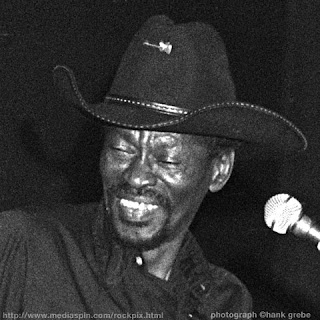 It was in the late 1970s or early 1980s.  I'd been a fan of Clarence "Gatemouth" Brown since my early teenage years and I when I heard he was playing a show at Whiskey River on Greenville Ave. in Dallas, I just had to be there.

If you don't know about Clarence's contribution to the world of music, you can read about him HERE, see/hear him play HERE, and listen to an interview with him HERE.

Me and a buddy went to the show.  It was a decent sized venue, but there were only about 10 folks in the crowd.  Nonetheless, as his band played the theme to Peter Gunn out came Clarence carrying himself as though he was in a crowded coliseum. In spite of the small audience, he played a GREAT show that night - several sets of pushing a lot of energy out of his guitar, fiddle, and vocals and into his trademark blend of Cajun, jazz, blues, and R&B music.  Here was a guy who would win a Grammy in the next couple years, playing to a near empty room with all of his heart.

At one point in the show after completing a song, he looked at the handful of folks in the crowd and said emphatically, "I won't play another tune until I sell five records!!" as he pointed to a box of LPs there on the stage.  I went up and handed him the money and he handed me the record. I guess at least four other folks did the same as the show then continued.

During one of his breaks I asked him to autograph my record as he walked past our table.  He sat down and signed it.  I was in my late teens or early twenties at the time and said to him, "Clarence, I'm a guitar player.  Do you have any advice for me?"  He sat back and looked me in the eye and said, "Find out what it is you do that people like, and do more of that."  He went on and kindly elaborated on that concept, but it was that first sentence that was burned into my soul - a profoundly simple concept that would be a North Star for my musical journey.

I've never forgotten that statement from a man who - although not a household name - was truly a unique pioneer in the music world.

As guitarists, it is much too easy to get spread thin attempting to master so many styles, songs, sounds, etc. - to succumb to peer pressure to play certain things certain ways.   But each of us carry something in our musical DNA which is unique - and which connects with listeners in a way that no other musician can.

As you play your music, keep your antenna up to note what licks, styles, approaches, songs, techniques, etc. result in the most positive reaction with your listeners.  Your musical bag of goodies may contain gold, silver, and precious gems, as well as wood, hay, and stubble.  Sort it out.  What is that you have that you should focus on?  What is it that you do that people like?

Now I'm not suggesting you sell-out and compromise the musical message you carry inside of you merely to please a crowd.  But as you deliver what you carry, pay attention to the most effective and powerful ways to make an impact on those who are listening.

Such a simple concept for life in general, yet so easy to overlook.

Rest in peace Clarence.  I'm glad I met you. 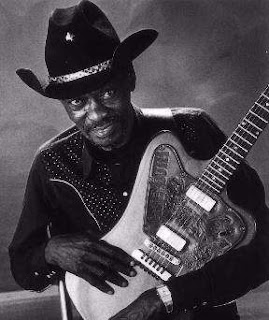