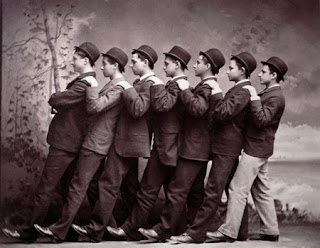 A trap which many guitarists have fallen into is the belief that in order to be "good" they must be able to play and sound like other guitarists.

While to a certain extent this is true in that we should be able to play in tune, in time, and know our way around our instruments, the mindset that tells us we must emulate what others have done before us is one that will ultimately limit our creative presence in the world of music.

Allow me to give an extreme example.

Now apply that to guitar playing.

Wow - he sounds just like Wes Montgomery, or Mark Knopfler, or Chet Atkins, or.....

It IS a great method of learning and growth to figure out how those guitarists who went before us did what they did.   I've transcribed a LOT of guitar solos in my day - and it has been extremely valuable in my path to becoming a better musician.  However, being able to play it just like Chet or Wes is merely an educational experience - one that will help you to graduate from the school of six strings and get a real job.

If you studied the great orators of history and limited your speaking to their quotes ONLY, you would soon be considered a novelty and not taken seriously - even though you were quoting some of the most powerful words in the history of mankind.  On the other hand, if you allowed those deep meaningful quotes to really open your eyes to the truths behind the quotes, you would find yourself seeing things in a new light and creating your own original expressions of insight which would be of much greater depth and quality than those you could have produced prior to your mediation on the words of the masters.


YOU HAVE A UNIQUE MUSICAL DNA!  ONE WHICH HAS GREAT VALUE...

It is much too easy to devalue what we can do on guitar because WE CAN DO IT.  I used to think, "Well, if I can play it, it must not be that good.  I have to be able to play like [insert amazing guitarist here] before my music will really be appreciated."

It is when our eyes are open to the fact that [insert amazing guitarist here] probably can't play exactly like you, AND that what YOU carry is unique and VALUABLE to the world of music, that we really begin to take off and fly.

For you see confidence - not arrogance - makes all the difference.  When you BELIEVE that what you are carrying musically has value, the value of what you carry increases.  Its almost as if you were selling a car and you could get whatever price you put on the car.  Is your car a piece of junk worth $20 or a priceless collectors item?

You and I will never sound the same on guitar.  Even if we learn all the same songs, the same licks, have the same gear, know the same theory - we'll still be different from one another.  That's not only OK, it's an awesome truth which should set us free to create music with a greater sense of our value and decreased sense of comparing ourselves to one another. 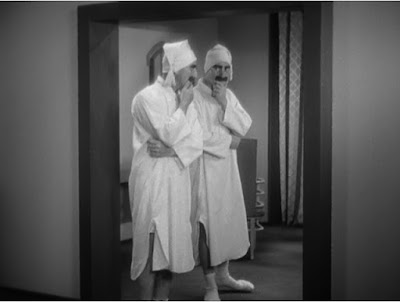 P.S. A friend of mine sent me a link to an interview with Pat Metheny which touches on this topic.  I highly recommend reading the interview as it includes a great deal of insight into the evolution of music.