Time Traveling With Your Guitar 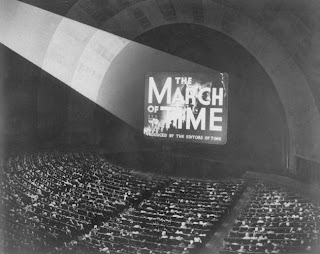 So we look at where we are on our instruments, then we look at where we'd like to be.  The gulf between our current position and the that which we'd like to attain may seem impossible to cross.  How in the world do the players we admire get to such an incredible skill level?  While it may come easier to some, the story of the tortoise and the hare plays out in the realm of music.  Perseverance is ultimately more important than being the  child prodigy who got off to a fast start.
However, having a strategy of how you are going to travel into the future with your guitar is key.  What is your destination?  Have you defined it, or are you merely wandering around the musical planet like a hobo - traveling to wherever the train you've jumped is heading.
Let me share a couple examples from my own journey.
Several years ago it dawned on me that my vibrato was very weak.  I talked to a violinist who had magnificent vibrato and asked her how she developed it.  Her answer, "I practice vibrato about 15 minutes each day".  Then I read an interview with guitarist Andy Latimer of the group Camel who happens to have one of the nicest vibratos I've heard yet.  When asked about it, his reply was, "I spend time wiggling my finger back and forth".  Doh!  The light bulb went off.  So you have to PRACTICE vibrato to get a good vibrato.
I realized it would probably take a year or so to make significant advancement with my vibrato - BUT, I also realized a year was going to pass whether I was working on my vibrato or not.  Why not enter the future 12 months from now with a stronger vibrato?  So for the next year, if I was watching a movie at home, I'd have my Strat in my lap.  I'd mute the strings with my picking hand so as to not make any noise, and with my fretting hand I'd do the following:
Guess what?  Twelve months came and went and at the end of it, my vibrato had improved significantly.
I've got several other stories of similar approaches to improving my playing.  What is it you're going after?  Is it speed?  Is it knowledge of the fretboard?  Is it sight reading?  Is it tone?  Is it taste?  Whatever it is will take some time - BUT time keeps marching on whether you are working on improving your playing or not!
Now there is a huge difference between working hard vs. working smart.  Define your destination.  Then search out those players who have already arrived there and find out how they did it.  Don't reinvent the wheel.
The important thing is to begin your trek with a map in hand.  You need to know where you want to go so that you don't wander aimlessly.  It may seem like a long way to travel to reach your musical destination, but you've got to get started and keep walking.  The journey of a thousand miles begins with a good swift kick in the pants.  Don't despise small beginnings - everyone else who is better than you was once at the same level you are now.

"Are you reelin' in the years, just stowing away the time?"  Time is an asset that I value more than money or possessions.  It can be spent, it can be redeemed, but time can never be replaced.  How are you using the time you've been given?  We can't stop the clock - we can only ride it.  Where is it taking you?