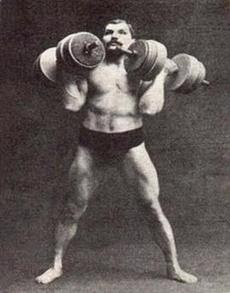 The world of music and music education abounds with exercises.  Scales, arpeggios, sight singing, ear training, chord voicing, etc., etc., etc.  Take a hungry music student and show him or her this musical gymnasium and they may wander in there amazed at all the incredible work out apparatuses - and get totally side tracked as to the end goal of exercising.  Its possible to make mastering each workout station the end, rather than seeing them as a means to the end.

Think of a professional NFL football player.  During team practices, they lift weights as part of their training.  They lift a lot of weights.  This makes them stronger - and consequently improves their performance in when they are in the game.  But during the game, they don't take barbells onto the field and bench press 300 pounds.  That would be a ridiculous show of strength that would ultimately have a negative impact on the game.  While they were displaying their strength with the weights, their opponents would be running down the field unhindered, scoring points, and making the weight lifting show off look like a fool.

The end goal of weight lifting is to PLAY a better game.  The exercise of lifting weights is a means to an end - not the end.  A team that didn't spend time conditioning their strength in the gym would probably loose every game.  Yet, it is the experience of time spent PLAYING THE GAME that really trains an athlete's mind on how to respond instantly and instinctively to ever changing situations.  Who would you pick to be on your team, the guy who has spent the last five years in the gym, or the guy who has spend the last 5 years PLAYING football.

Apply this same principle to the guitar.  Its sometimes too easy to stay in the "gym" working out on scales, patterns, and so forth.  We see ourselves lifting more and more weights, able to do more reps faster, and think we are really making progress.  Meanwhile, our peers are outside the gym and they are PLAYING.  Would you rather have a guy in your band who spent the last 5 years playing scales, or the guy who spent the last 5 years learning tunes and playing songs.

Set your vision strongly - the end goal is to CREATE MUSIC and PLAY SONGS that TOUCH PEOPLE.  Guess what?  In order to mature in your ability to do so, you must spend time CREATING MUSIC, PLAYING SONGS, and TOUCHING PEOPLE.

Don't get me wrong.  Time spent working out in the musical gym is key to maturing as a musician.  However, don't take your dumb bells onto the field when you PLAY!  Leave them in the gym.

I spend a LOT of time working out.  I play around 400 scale/arpeggio fingerings each day in a 45 minute exercise (which I've documented in my book Play Skillfully).  I know more scales than the average player.  BUT, when I play a gig I almost NEVER consciously think about those scales. I tend to turn my brain off and play from the heart.  What I've seen happen over the years is that when I'm playing from my heart, from emotion, from my spirit, that more and more of the knowledge gained from all that time working scales and arpeggios just sort of finds its way into my subconscious and IS THERE without having to think about it.

So yes, do your musical exercises - as a means to an end.  But be sure your focus, your end goal, is playing the game! 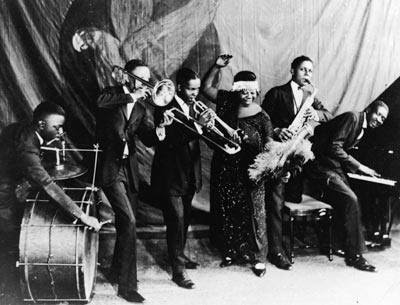